The Symphony of Me

Start Harmonizing the frequencies of YOU!

When you start to broadcast your own frequency rather than absorb the frequencies all around you, everything changes. The moment you start imprinting your intention on the Universe in every moment, rather than passively receiving an imprint from existence, you become the deliberate creator you were meant to be.

Experience the New Frontier of Healing

Your wellness is vital to every part of your life, affecting your health, happiness, relationships, professional success, and overall life satisfaction.  We understand that healthy emotions and healthy cells make for healthy organs; let’s work together to uncover solutions to support you at the vibrational level.

Support your wellness at the vibrational level. Help you to appreciate how all aspects of your physical body are networked within a field of subtle energy in order to generate optimum health.

The Symphony of Me ushers in the future of vibrational healing via the integration of cutting-edge technology with ancient wisdom teachings and techniques.

Every client is a unique symphony. We carefully listen to your personal needs and goals. The consciousness-assisted technology also assists in the process of identifying discordant patterns directly from your energy field. After a thorough assessment, a fully customized healing plan is created to effectively restore your energy field to its optimum state.

The healing methods used are non-invasive and combine both advanced technology as well as a whole systems approach to wellness. We merge the best of the new and the known. The goal is for your body to experience a resistance-free environment where it activates its innate ability for coherence and, therefore, healing. Our joy is to assist you in returning to a natural healthy state and support you on your path to wellness and wholeness.

The Maestro of The Symphony of Me

Eric Du Pont started his career as an airline pilot, crisscrossing the globe for 28 years flying both heavy equipment for the civilian and military sector, and passengers and cargo worldwide. He was able to meet with many teachers and healers along the journey in part due to his natural fascination with people, culture, and different perspectives on life. World religions and belief systems were always a fascination, along with various healing modalities. His interest was piqued by the seemingly magical abilities that some exceptional healers seemed to have. With time, Eric became an insatiable explorer of consciousness. As an autodidact and a lover of learning with a broad scope of interests.

The seemingly distant fields of free energy, gravity engineering, and energetic healing were of great interest to him. Realizing that consciousness itself is the commonality linking these topics, he became fascinated with the body’s innate ability to heal itself. Eric’s interest resided in his ability to be the technology himself, sans any external tools. He thus endeavored to reawaken his hidden abilities.

Over the years, Eric developed and honed his skills as a healer. It wasn’t until he experienced a state of life-threatening dis-ease that took him out of the cockpit, quite literally, that he realized the existing medical community, although well-meaning, was ill-equipped to help in any meaningful way. He had to re-invent himself in all ways: emotionally, mentally, physically, new profession, new relationships, new worldview. You cannot make one change without everything changing. Change is life, change is the constant.

Eric is also life-long student of Master Ou Wen Wei, a world-renowned Grand QiGong Master who is the originator of Pangu Shengong. Eric practices Pangu Shengong daily for hours and constantly cultivates his life force energy, or Qi (pronounced Chi), enabling him to increase his personal abilities and share that energy with others. Eric also studied with two master healers and dear friends, Angel-Geschichte and Keith Coley. Geschichte is the name of a beautiful angelic realm channeled by Angel. She was naturally inspired to take on that name. Eric learned Healing Integration Therapy (HIT), and emotional alchemy from Geschichte. He learned many eastern medicine clearing techniques from Keith, including Huatuojaji points (Huato points for short) and Five Elements Clearing, along with the creative construction of Harmonizing Codes.

With focus and time, Eric was able to re-build himself anew from a seemingly incurable disease. It was, then time for Eric to continue and step up his research. He was able to use the skills he had learned on himself with friends and family who were seeking help. From there, he began working with clients who learned of his work through word of mouth, and who experienced great benefits. Hence, through necessity and demand, The Symphony of Me was born. 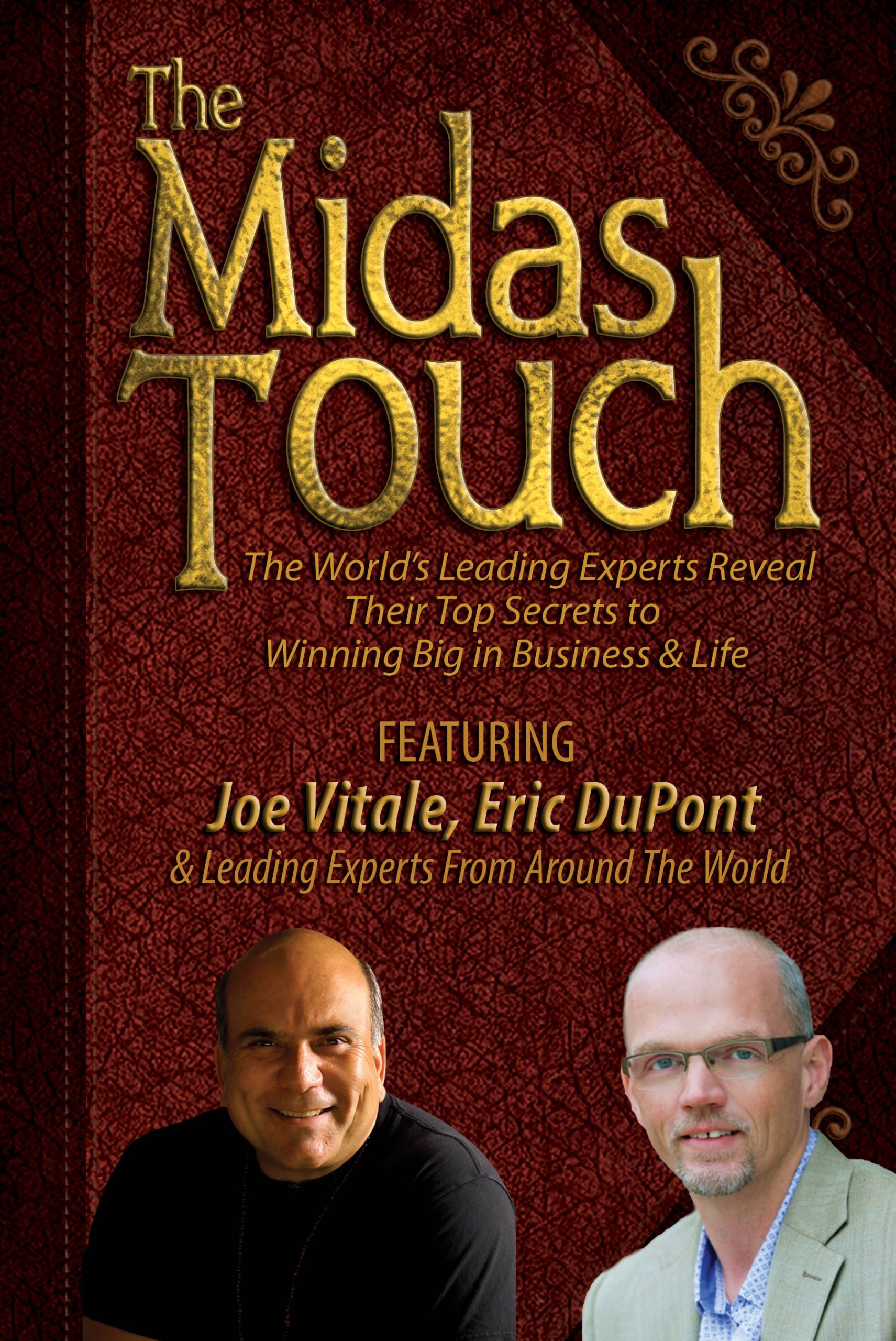 Eric is a multi-disciplined healer and avid researcher, an eternal curious who explored Free Energy, Gravity Engineering and healing modalities for the past 20 years. He is an explorer of consciousness and a world traveler. He also co-authored a New York Times Best Seller, The Midas Touch, with Dr. Joe Vitale.

Eric specializes in working with the multi-dimensional aspects of the human experience. He teaches and assists people in tapping into their own power of healing their life, physically, mentally, emotionally, and quite frankly multi-dimensionally. It is his passion to teach people how to cultivate and condense life force, and he provides personalized Bio-regenesis sessions in which he assesses and harmonizes people’s biofield, removing any impediment to information and energy flow, and therefore allowing the body the environment it needs in order to do what it does best, which is heal itself. He works with non-invasive modalities, such as Pangu Shengong, personalized codes he channels, and a Bio-Regenesis consciousness-assisted technology. Eric, also uses Healing Integration Therapy, as taught by the Angelic Realm: Geschichte. 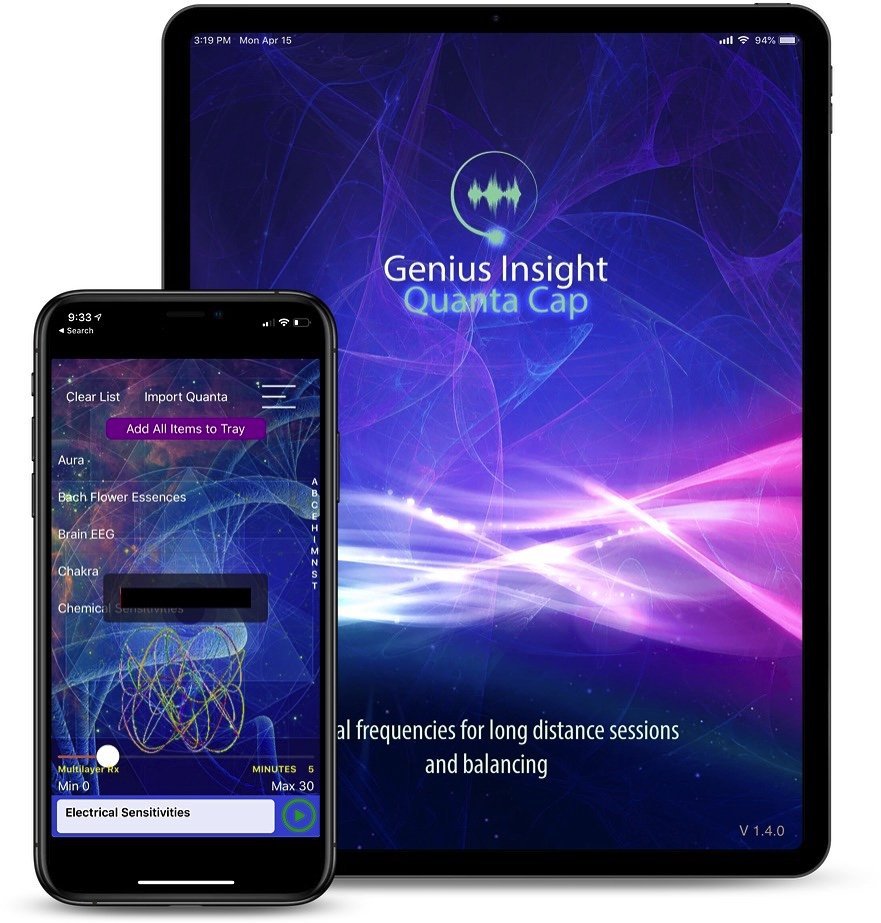 Get started with a FREE frequency set that includes: The process to claim yours is super simple, just fill in the form with your name, and your email address. You will be directed to download the Quanta Cap app to receive your free frequency pack and an email with directions to access your FREE frequencies, so you can get started on your journey with us.

*There is no obligation to sign up for our services.